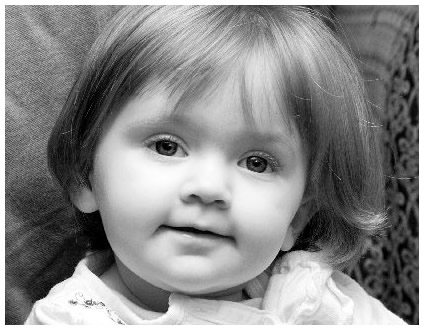 Krystie Anna Karl-Steiger was born on January 26, 2006 on a warm sunny winter day in California. Our precious little girl had a full head of hair, and gulped down her first bottle in record time. This beautiful creation of God was a gift that we had long waited for and she appeared perfectly healthy. We had no idea of what was to lie ahead.

My partner Rick and I have always wanted to have a child. Although, the process had been fairly challenging for us, we never gave up. After 3 years and 8 surrogacy attempts including 3 miscarriages, we were finally blessed with a beautiful baby girl, Krystie Anna, born on January 26, 2006.

Krystie appeared perfectly healthy at birth and appeared to develop normally for the first 6 months. We took her on vacation to Cape Cod in the summer of 2006 and had a great time. However, after we returned from the trip, we noticed that she was no longer keeping up with her developmental milestones. We started to become very concerned when at 8 months; she still could not sit or hold her own bottle. We then took her to a gym for babies aged 3 to 11 months and noticed that the 6 month olds seemed more alert and advanced than Krystie was at 9 months. She still could not sit, or clap and made no attempt at crawling.

Our pediatrician began ordering a series of tests to see if anything was causing the delay. None of these tests produced a diagnosis. Krystie then began physical and occupational therapy at 10 months which seemed to help a little, but she still could not sit on her own as we approached her first birthday. Krystie also began to exhibit a significant startle response to noises that we later found out was a classic characteristic of a child with Tay-Sachs.

We knew something was wrong but never expected this ...

Just before her first birthday, Krystie had an MRI. After going through so many inconclusive tests, we were sure that the MRI would not reveal anything new, but unfortunately we were proven very wrong. Krystie's MRI revealed abnormalities in her brain indicating that she could have some sort of metabolic disorder.

We then took Krystie to have her eyes checked by an ophthalmologist who found "cherry red spots" behind her eyes. He told us that this would help in determining the diagnosis, but didn't tell us what it was. We later met with our pediatrician and searched the internet only to find out that "cherry red spots" is a classic symptom of infantile Tay Sachs disease. We had a blood test that week to confirm the diagnosis. We had just been told that our beautiful daughter that we tried so hard to bring into this world only had a few short years to live. Most children with Tay-Sachs don't live past the age of 5.

After confirming everything with blood tests, we found out that my partner Rick is a carrier, I'm a potential carrier and the egg donor is a carrier. We asked our fertility doctor about this and he said that he screens all Jewish patients but didn't screen us or the egg donor since we said we weren't Jewish. The screening is a simple blood test which is readily available. We literally spent a lifetime of savings on fertility doctors, lawyers, agencies, surrogate fees, egg donor fees, etc. and never once were we offered us a simple $100 blood test that could have prevented this.

We then met with a geneticist in Los Angeles who told us that there was nothing that could be done and that we should just take Krystie home, make her comfortable and wait for the inevitable. We were told that it was a medical certainty that our daughter only had a few years to live. We could not accept that for Krystie.

So after much research, we found that there is only one potentially experimental and extremely risky treatment involving a stem cell transplant. After much debate, we decided to move forward with the transplant since it was the only option that gave us any hope. Krystie was admitted to the University of Minnesota Medical Center in Minneapolis on May 10th, 2007. The treatment involved 11 days of chemotherapy followed by 1 day of total body radiation to wipe out her immune system and then she received donated stem cells from umbilical cord blood in the hopes that her body would start producing the missing enzyme. The transplant itself was a simple process, it only took about one hour. However, the recovery period was much more difficult. Krystie was in the hospital for 89 days recovering from all the side effects of the chemo and radiation. She is currently out of the hospital but needs to be continually monitored at least once a week for the first full year following the transplant. Her body is producing the missing enzyme, but nobody knows whether or not the enzyme will get to her brain in time to slow down or stop the disease from progressing. Only time will tell. We do believe that the transplant is only one piece of a very complex puzzle needed to treat this disease and that the additional funding raised by this organization will ultimately find the complete cure to help Krystie and other children like her.

Given everything that we have had to endure over the past year, we wouldn't trade Krystie for anything in the world. She still brings us so much joy and has taught us a lot about priorities and what really matters in life.